Can you believe we’ve left 4 months of this year behind already? This month we’ve covered some pretty important and exciting tools and updates from the digital industry giants, some you probably already know about and some that you might not have spotted yet. Keep reading to keep up to date with everything digital:

Good news for all content creators and brands using Instagram as a video marketing tool. Some users are now seeing the option to create Reels of up to a minute and a half long, giving you an extra 30 seconds above the current 60-second limit.

Instagram removed its IGTV feature back in October 2021, when it announced the merger of its video offerings, and with this, it makes sense for the platform to also make Reels longer, in order to better integrate its various video offerings into a singular content stream.

Another innovative update your way! Instagram Reels announced a new feature to push Reels Promos In-Stream. “Use as template” allows the user to replace the clips with your own and it will match the timestamps of the template reel.

The platform will soon have Reels formats to get more users to create reels without much hassle. It could be really useful for small brands not having to put a huge budget aside to edit video content.

Does this make you want to create more reels?

LinkedIn has added a new option to publish a link on your profile, along with new analytics tools for group posts, a video trimming option on mobile, and newsletter display options in the bio. That’s quite a lot of useful updates for businesses using LinkedIn for brand building.

You will be able to add custom link text to help increase click actions, while the prominent display placement will also help to generate more attention for your chosen URL in the app.

It could be a handy way to spark more click-throughs from LinkedIn, while also offering new ways for promotion organically through the app’s organic display options.

What if you could add a still image and a GIF to a single tweet and see what works the best? Did we say you can include videos as well! You will be able to do it all soon and showcase different elements of your content within each post.

For brands, that could provide a new way to showcase your products, with a still image promo shot, accompanied by video overviews within the same tweet.

Additionally, this could be a good way for Twitter to encourage more interaction and engagement, in more creative ways.

We’ll keep you updated on any progress with this announcement.

Google has announced that from June 2022 they’ll be implementing a 3 strike policy rule for Google Ads. This means if you violate their policies and get a disapproved ad, you will start getting strikes from Google.

This new rule can be an advertiser’s worst nightmare, but thankfully Google has clarified some parts about the rule which makes this slightly better.

Not all policies will be included in this new strike system, only certain defined policies. You will be notified by Google and if your account’s on temporary hold you’re expected to resolve the issue.
And the one all marketing agencies have been wondering – the strikes will be on an account level and won’t affect manager accounts.

Elon Musk Reaches a Deal to Take Over Twitter

Putting an end to two weeks of speculation, Twitter announced on 25th April that it intended to accept a $44 billion offer from the world’s richest man.

Elon Musk became the social media platform’s largest shareholder on 4th April and ten days later announced that he planned to buy all the company’s shares for $54.20 each. Twitter initially seemed opposed to the sale, declaring that it intended to adopt a ‘poison pill’ to block the takeover attempt.

The resistance from Twitter’s board faded away once Musk confirmed a funding package for the deal, including $21 billion of his own money and debt funding from Morgan Stanley amongst other financial companies.

The deal will be controversial to many, Musk is a self-declared ‘Free Speech Absolutist’ and many wonder what this will mean for the company that Musk has frequently criticised for not living up to its potential as a free speech platform. Whether Musk’s commitment to free speech will mean reinstating certain high-profile accounts that have been banned for rule violations remains to be seen.

Founded in 2006 by Jack Dorsey, who stepped down as CEO in November 2021, Twitter currently has over 200 million users. Musk is a frequent user of the platform with 83 million followers and his interest in buying the platform has been known since he tweeted about it in 2017. It is too early to say what will happen as Twitter goes private, but Musk is unlikely to shy away from controversy.

A few things do seem clear, Musk has already signalled his intent to introduce an edit button, meaning people will no longer have to delete a tweet that just needs a small change. Other measures proposed by Musk include relaxing content restrictions, removing fake and automated accounts and reducing dependence on Twitter’s current advertising-based model.

Announcements made at Microsoft Advertising Elevate 2022 include the addition of cash-back promotions. This new advertising feature is designed to incentivise shoppers with rebates on their purchases and appears to be dynamic, with Microsoft choosing the “right amount of cashback for the right ad and right user”.

Users of Edge and Bing will be aware of Microsoft’s Rewards scheme, which allows users to build up points for completing certain actions which they can then spend on promotions. It is unclear whether the cashback will come from Microsoft Rewards or from the retailer, but cashback certainly has the potential to give a huge benefit to advertisers.

Microsoft also announced a new Ad Creator tool, which will allow advertisers to pull images from their sites and find stock images. The tool also allows for editing of the imported images. Putting these tools directly in the hands of advertisers as they create their ads should save time and money and allow for the creation of more visually appealing adverts.

Other announcements from Elevate 2022 include a stronger commitment to multimedia ads and the introduction of vertical ads. Using security company ADT as an example, Microsoft announced that the new attention-grabbing ad formats have “decreased overall cost per click and achieved a 9.5x higher ROAS”.

These new tools could be especially valuable for advertisers who benefit from more visual forms of advertising, and this could see many of them taking a deeper look at Microsoft’s platform.

The upgrade has made ad extension creation and management less complex and the expanded reporting and ability to pause extensions have been valuable for advertisers who want to retain some control over automatic extensions.

Digital marketers have had several months to prepare for the changes, but it is worth checking to see if any of your extensions are affected. Advertisers looking to report on older extensions after 30th April will find the data in Reports. Legacy data will be under ‘Extensions’ and post-migration date can be found under ‘Extensions (upgraded)’.

Location and Image extensions are currently unaffected. The upgrade for these will be completed later in 2022.

As the world wakes up to the need for greater data privacy, various organisations continue to be called out for failure to prioritise GDPR best practices that protect users. An internal leaked document released from Facebook reveals that they are struggling to meet improved data regulations set by different countries. They describe that they have previously allowed data to overflow into unknown places and they are now struggling to contain it as data regulations increase.

It is being called into question whether Facebook is even capable of improving its data privacy systems to meet these regulations and what the outcome will be in the long-term if Facebook can’t get a handle on its continuous data breaches.

In another data mishap, Twitter has been found to have miscounted its daily users in multiple reports across a three-year period. They have reported an over-count of up to 1.9 million users per quarter as they had included multiple counts of the same user with several accounts.

This is not the first time that Twitter has released incorrect data and they previously overstated their daily users in 2017 by around 1-2 million users. Twitter has been on a mission to privatise their reporting so these statistics don’t need to be released but it is quite an embarrassing blunder that continues to happen for them. With the Elon Musk Twitter takeover, it will be interesting to see whether their data transparency increases or decreases over time. 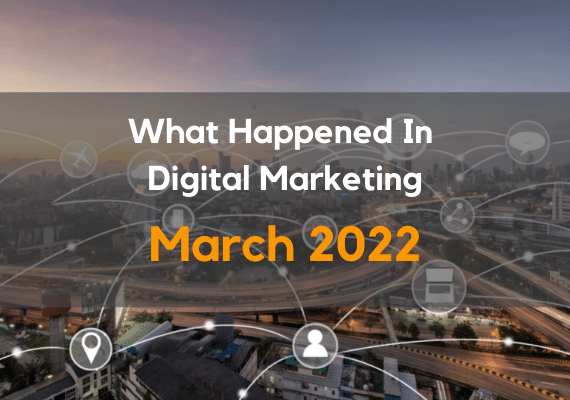 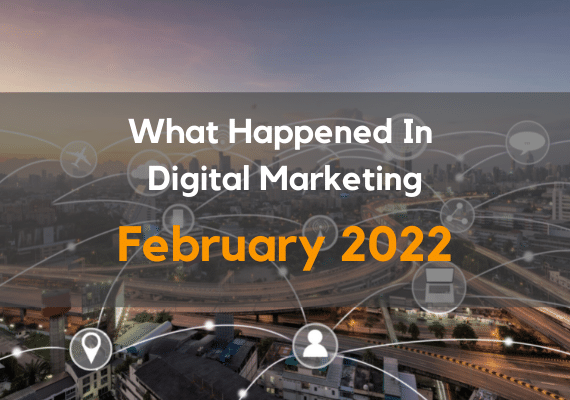