The world is still trying to adapt to the new ‘normal’, and many companies have rolled out new tools to try and make people’s lives easier.

We’re seeing updates on social media platforms, online shopping and advertising and tools to support small businesses. These updates will not only help sell more online, but they can help support the ones in need, support each other and also make this new ‘normal’ a little bit easier for you.

Take a look at some of the news/updates that caught our eye in July:

Earlier this month the Indian government banned 59 Chinese apps including TikTok because of border tension with China. This week they plan to ban a further 47 Chinese apps for the same reasons.

This meant that TikTok just lost a little over 120 million monthly users from India. Not great news if you were creating content, building a following and perfecting all of those dance routines. However, being the first to capitalise on this situation are the social media powerhouse…you guessed it; Instagram.

Instagram just launched a TikTok like functionality called ‘Reels.’ that allows users to create fun and engaging videos that last up to 15 seconds which you share like stories. There’s even a music library from which you can choose your favourite track and add it to your short clips.

The U.S. could be next to ban TikTok.

This wouldn’t be the first time the U.S. government is concerned about the safety of its people’s private information being in the hands of China. The Secretary of State Mike Pompeo said that the United States is “looking at” banning Chinese social media apps, including TikTok, and added that they are taking it very seriously. We’re wondering which other countries will follow suit.

The first of Snapchat’s new Mini applications rolled out recently, with tools from meditation app Headspace. A spokesperson from Snapchat said in a statement “the initiative is to help support the mental health and emotional wellbeing of Snapchatters”.

Snapchat announced it was launching ‘Minis’ at its virtual Partner Summit last month. The Minis, as the name suggests, are miniature apps made by third-party developers that run inside of Snapchat to create more social experiences among friends, and they are built using HTML.

Snapchat says its research shows that feelings of anxiety, depression, stress, and other mental health challenges are high among its users, and it found that users usually want to turn to their friends first when dealing with these feelings. A spokesperson said “That research helped inform how we designed this Headspace mini — we are putting resources front and centre where Snapchatters already talk to their close friends, and we hope this new feature will provide a safe space for friends to practice mindfulness, and be able to send encouraging messages to positively boost friends in need.”

While the majority of people use Google to search for products and services, Bing is also a great place to rank your website and advertise your business.

Thankfully, Bing has now made it even easier to index WordPress websites by releasing a plugin.

To install it, simply navigate to Plugins > Add New in your WordPress dashboard and search for ‘bing url submissions’ and install it.

Then head over to Bing Webmaster Tools (create an account if you don’t already have one), find your website’s listing, head to Settings > API Access > API Key and copy the API key. Then simply paste this key into your plugin’s settings.

Bing will then crawl your website and begin indexing your content into it’s database, ready to be shown in searches.

We’ve seen so many new features added to our favourite social media platforms during these past few months and we are loving it. Facebook was one of these platforms and they brought a few new features and updates during July.

I think it’s fair to say now that we’ve all gotten used to saying ‘let me share my screen with you’ and ‘excuse the mess’ on video calls and I feel like it’s not a real video call if someone’s not sharing their screen.

Apparently, people at Facebook HQ felt the same way, as they introduced screen sharing on Facebook Messenger now. Users can now share a live view of their screens during video calls on Facebook Messenger. They let you use this feature either one-on-one or with group video calls up to 8 people. Will people be using this feature during personal calls? We just have to wait and see.

You can start the fundraiser by clicking ‘edit profile’ and choosing ‘add fundraiser’ and then choose ‘raise money’, then just follow the steps. You will need to go through an approval process but once it’s approved you can start raising money for the cause you want, either personal or professional.

Google’s Smart Shopping Campaigns Are Getting A Few Updates

Google has definitely worked hard during this pandemic and rolled out various updates in the past few months. This time the updates are coming to smart shopping campaigns on Google. Here’s a couple examples of what will be coming your way:

Ads are getting more and more personalised and we think it’s great that Google is getting machine-learning more involved in our lives every day.

New updates are coming left, right and centre so make sure you keep up to date.

Also, let us know what you think? Which one of these new features you will definitely be using? 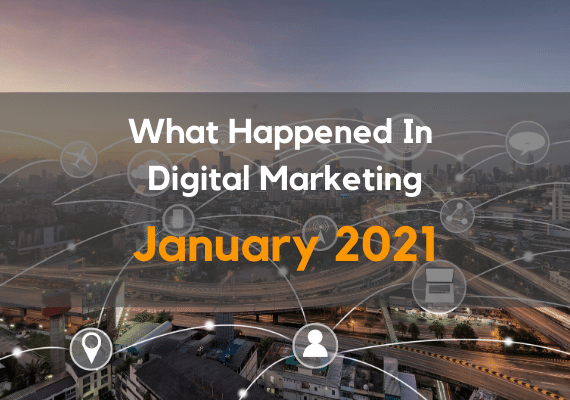 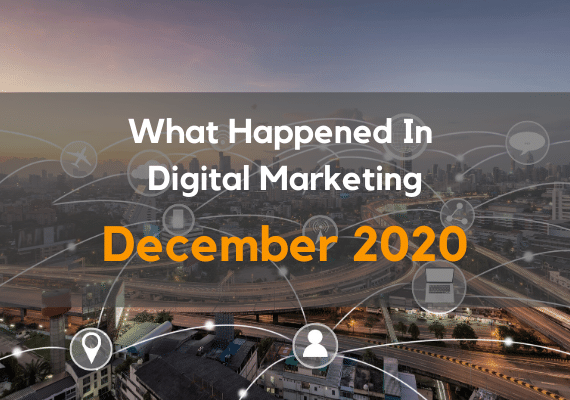